he BlackBerry wireless handheld device by Research In Motion (RIM) has quickly gained popularity among mobile professionals. With its "Always On, Always Connected" approach, it enables corporate users to connect to their e-mail systems, including Lotus Domino and Microsoft Exchange, and other mission-critical systems (e.g., instant messaging) using a General Packet Radio Service (GPRS)-based wireless connection.

This article introduces the freely available BlackBerry Java Development Environment (JDE), which allows you to develop, debug, and test BlackBerry applications. It goes on to demonstrate how to create a simple HelloWorld application that exploits some of BlackBerry's own APIs.

Before moving on, download the BlackBerry JDE. At the time of this article's writing, it was in version 4.0.1.

Installation of the JDE requires that you have the Java 2 Platform, Standard Edition (J2SE) v1.4 running. InstallShield walks you through the JDE installation. When you choose a complete installation type, it should create a Research in Motion program group in your Start menu.

Prepare to Say Hello
Start up the Blackberry JDE by going to Start -> All Programs -> Research In Motion -> BlackBerry Java Development Environment 4.0 -> JDE. You should see the RIM development environment. Use the Files tab of the Workspace view to drill down into the com\rim\samples\device folder. There you will see a number of sample application projects that you can dissect to your heart's content. One of them is a HelloWorld application (see Figure 1).

Like many other IDEs, Blackberry projects are collectively housed in units called workspaces. Create a workspace by going to the File menu and choosing the New Workspace… option. Specify a Workspace name of HelloWorldWorkspace as Figure 2 shows. Here, you can also specify a directory in which to create the workspace. This article uses the default directory locations provided by the IDE.

After creating the new workspace, choose the Project menu and then the Create New Project… option. Name the project HelloWorldProject as Figure 3 shows.

Next, choose the File menu and the New… option. In the subsequent Create new file window, make sure the Java File type is selected and specify "HelloWorld.java" for the File name, as Figure 4 shows.

At this point, the IDE creates a barebones Java class with the following code in it:

Of course, this code does nothing. It is your job to populate the HelloWorld class with something worthwhile (more on that in a bit). But before that, you need to associate your HelloWorld java file with the HelloWorldProject you created earlier. To do this, simply right click in the code editor area and select the Insert into Project option. From the subsequent project selection window, choose the HelloWorldProject.

The first thing you do in the main method is create an instance of your application by calling its constructor. The constructor uses the HelloWorld class' parent class (UiApplication) method of pushScreen to display a screen. You haven't defined the SalutationScreen class yet, but rest assured, you'll get to that. After calling the constructor, call your new instance's enterEventDispatcher method. This method allows your application to start handling various events that the BlackBerry device may send to the application (e.g., UI-centric events).

To add a title to your simple application, create a new net.rim.device.api.ui.component.LabelField object:

The code above contains a field with the text "Hello World Title". You can always learn more about this API call, as well as other APIs, by taking a look at the API Reference that installed with the JDE. To view the API reference, go to the Help menu and choose the API Reference option or simply press shift+F1 (see Figure 5).

After creating your LabelField GUI component, add it to the screen by using the add method you inherited from your ancestor classnet.rim.device.api.ui.Screen.

A Real World "HelloWorld"
At this point, you are ready to see your simple application in action. But before doing so, you need to make sure that your HelloWorldProject has been marked as Active. Doing so tells the BlackBerry simulator which applications it should run. Go to the Project menu and select the Set Active Projects… option. Make sure the HelloWorldProject is checked and click OK.

Next, go to the Build menu and select the Build All and Run option (see Figure 6).

Now, you should see the BlackBerry Simulator launch as shown in Figure 7.

To choose the application, you can either press the Enter key on your keyboard or the Enter button on the simulator's keyboard. To see how the BlackBerry simulator closely mimics the real life device, you can alternatively click the thumb wheel of the emulator (as shown in Figure 9) to launch the HelloWorld application.

Whichever method you chose to launch the application, your efforts should yield the HelloWorld application on the screen of your emulator (see Figure 10).

Clicking OK should bring you back to the application chooser screen. You can click the File menu and the Exit option to exit out of the simulator.

Multiple Simulation Environments Included
By default, the BlackBerry JDE 4.0.1 uses the BlackBerry 7290 device simulator, but it offers a large number of BlackBerry simulation devices. To choose one, select the Edit menu and the Preferences… option. In the subsequent Preferences window, choose the Simulator tab and pick among the list of available device profiles. Figure 12 shows the selection of the BlackBerry 7100t profile.

Upon a subsequent run of the simulator, you will be able to run the HelloWorld application on the chosen simulator device (see Figure 13).

Just Scratching the Surface
This article demonstrated how to develop Java applications for the BlackBerry device. The BlackBerry JDE provides a powerful environment in which you can develop, debug, test, and simulate applications.

Like many IDEs, the BlackBerry JDE provides developers with such features as code completion for ease of development. It also lets you look under the hood of your application during the debugging process, allowing you to set breakpoints, step through code line by line, and view variable state information as illustrated in Figure 14.

The simple Hello World application showcased in this article barely scratches the surface of the rich applications you can create for the BlackBerry. Being familiar with the BlackBerry JDE, you should now feel comfortable going through the numerous sample applications the JDE offers.

Kulvir Singh Bhogal works as an IBM consultant, devising and implementing Java-centric solutions at customer sites across the nation.

Popular posts from this blog

Configuring CORS in IIS - Response to preflight request doesn't pass access control check: It does not have HTTP ok status 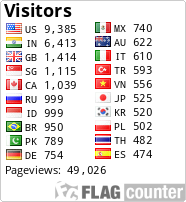